Sometimes you get ready for bed and turn off the light, but you can't sleep. You open your eyes and you can't see a thing. Gradually, the things in the room begin take shape. We call this ''dark adaptation'' and it makes our eyes get used to low light settings.

A person with a healthy set of eyes probably takes night vision - and the biochemical, physical and neural mechanisms - for granted. Let's have a look at how all this operates. The retina is a layer of cells at the back of the eye. The area of the retina directly across from the pupil which produces sharp focused vision is called the fovea. The retina is made up of rod-shaped and cone-shaped cells. The rods have the capacity to function better than cone cells in low light conditions but those cells are absent from the fovea. What's the functional difference between rods and cones? Basically, cones help us perceive color and detail, and rod cells let us see black and white, and are light sensitive.

How does this apply to dark adaptation? When you're attempting to focus on an object in the dark, like the edge of the last stair in a dark basement, it's more efficient to look at something off to the side of it. You want to maximize the use of the rod cells in low light, and avoid relying on your cone-rich fovea, even though it seems counter-intuitive to look away from the object you want to see.

Another part of the process is pupil dilation. The pupil dilates to its biggest capacity in less than a minute but your eyes will get better at seeing in the dark over a half hour time frame. During this time, it is estimated that sensitivity to light increases by a factor of 10,000 or more.

Here's an example of dark adaptation: when you first enter a dark theatre from a well-lit area and have trouble finding a seat. After a while, your eyes adapt to the dark and before you know it, you can see. You'll experience the same thing when you're looking at the stars in the sky. At the beginning, you won't see many. As you keep staring, your eyes will dark adapt and millions of stars will gradually appear. Despite the fact that your eyes require several moments to adapt to the dark, you will immediately be able to re-adapt to exposure to bright light, but if you go back into the darker setting, your eyes will need time to adjust again.

This is one reason behind why so many people have trouble driving at night. If you look right at the ''brights'' of a car heading toward you, you may find yourself briefly unable to see, until you pass them and you once again adjust to the night light. A helpful way to avoid this is to avoid looking directly at headlights, and instead, use your peripheral vision to observe oncoming traffic at night.

If you find it harder to see at night or in the dark, book a consultation with our doctors who will be able to look into why this is happening, and eliminate other reasons for decreased vision, such as cataracts and macular degeneration. 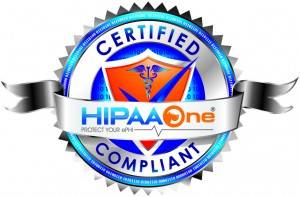